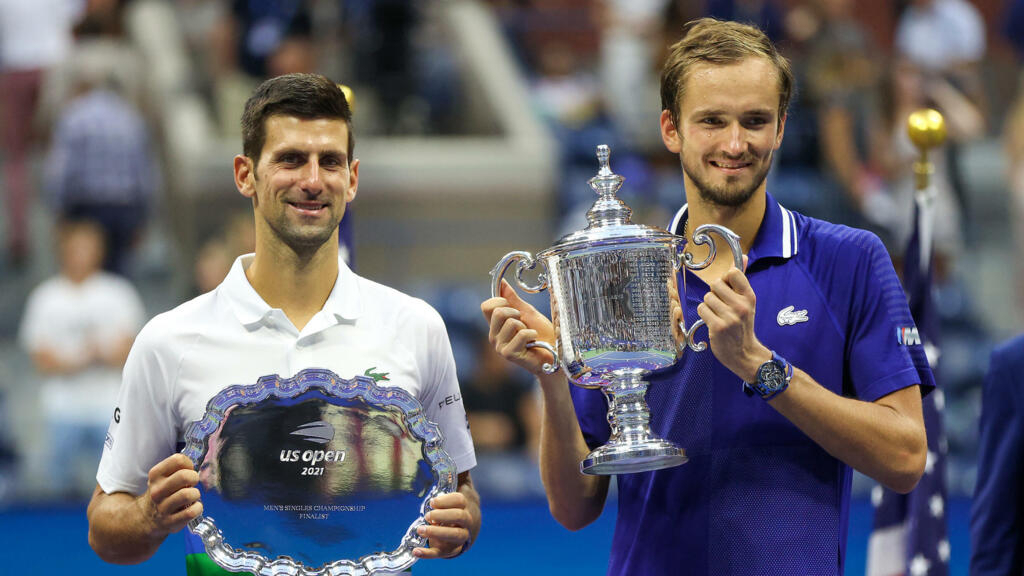 Second seed Daniil Medvedev defeated the world number one Novak Djokovic in straight sets in the US Open men’s singles final on Sunday night to lift his first title at a Grand Slam tournament.

The defeat ended Djokovic’s quest to become the first man since Rod Laver in 1969 to win at the four Grand Slam tournament events in Melbourne, Paris, London and New York in the same calendar year.

Djokovic had also been bidding to eclipse Roger Federer and Rafael Nadal to hoist a record 21st singles title.

“I want to thank my team, those who are here and watching. My parents, my family, my sisters. Some of my friends are here too,” said Medvedev, who dropped only one set in the tournament.

“Thank you guys because it is not an easy journey to win a Slam. I’m really thankful to you for helping me throughout this journey.”

Djokovic beat Medvedev in straight sets in January to lift the Australian Open crown for a ninth time.

When asked what he had absorbed from that setback, Medvedev replied drily: “Well, I learned that I have to be much better.”

At 25 and playing in his third major final, he was improvement incarnate.

Medvedev broke Djokovic in the first game of the match and flawlessly executed his game plan to serve hard.

He dropped only three points on his own serve to take the opener after 36 minutes.

Djokovic held three consecutive break points at the start of the second set but Medvedev fended them off to restore parity at 1-1.

He took control of the second set with a break in the fifth game and from there lost only two points on his own serve to clinch the set after 54 minutes.

During the French Open final against Stefanos Tsitsipas, Djokovic had come back from two sets down.

The likelihood of a repeat performance though became increasingly unlikely as Medvedev surged into a 4-0 lead in the third.

But his nerves eventually caught up with him. He served a double fault on match point at 5-2 and then allowed Djokovic to retrieve one of the breaks to trail 3-5.

A standing ovation accompanied Djokovic as he walked to his chair for the change of ends after he held his serve. During the pause he wept into his towel.

Medvedev, though, at 5-4 up and on the cusp of glory, was in no mood for pity.

He fashioned two more match points and though Djokovic saved one, a backhand return into the net off another powerful serve pulverized his dream of legend.

Djokovic munificently told his conqueror: “If there is anyone who deserves a Grand Slam title right now, it is you. Well done. There will be many more titles to come, I’m sure.”