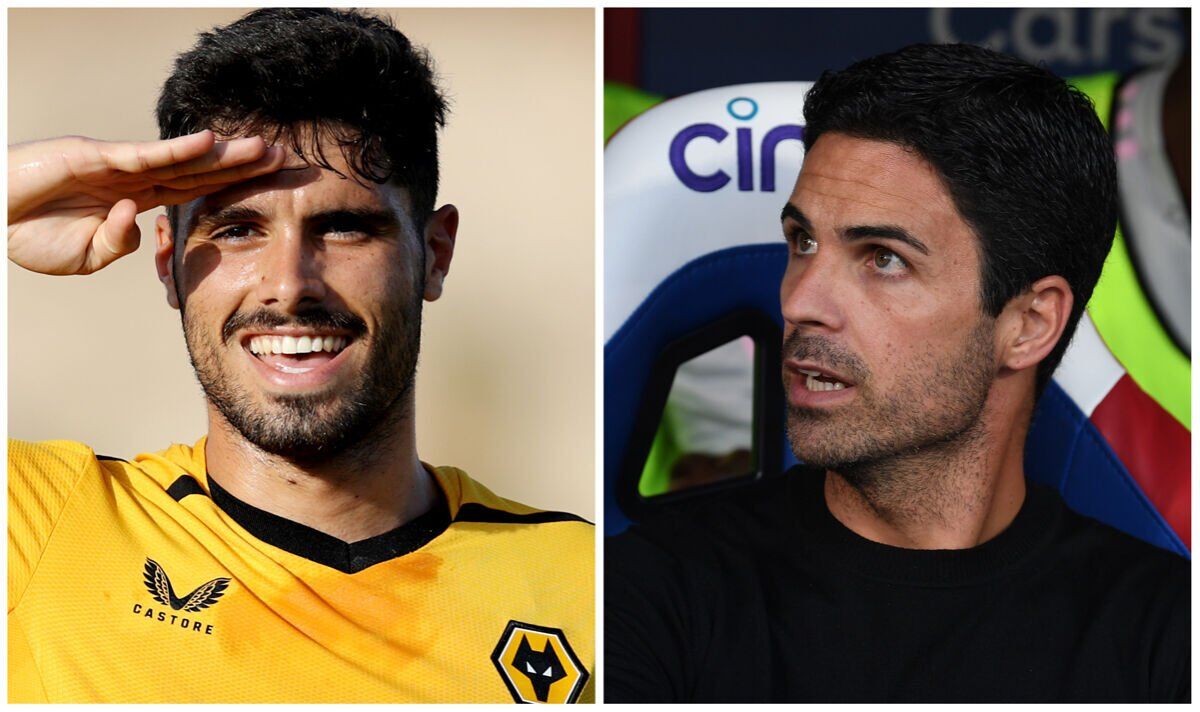 Arsenal could well be adding a sixth summer signing to their squad before the transfer window closes in just over three weeks’ time following suggestions that Mikel Arteta is eyeing up a ‘mystery winger’. The Gunners boss additionally hinted that there are irons in the fire following his side’s 2-0 triumph over Crystal Palace on Friday night, and there are a number of options who may be on the club’s secretive wish-list.

“We are going to try, there are a few things we have planned,” Arteta revealed when probed on potential new signings at Selhurst Park. “If we can do them it would be great, but now it is work with the players we have.”

Despite already shelling out around £120m on five players this summer, it seems Arsenal may not be finished in the market just yet. While Arteta hinted further incomings are a possibility, The Athletic’s David Ornstein has also revealed to NBC Sports that the Gunners are keen to add a winger to their attack, though could not offer an exact name.

The arrival of a new wide-man could well hinge on whether or not Nicolas Pepe departs, but it appears not beyond the realms of possibility that Arsenal could acquire another exciting new face before the window shuts. With that in mind, Express Sport take a close look at who the Gunners may be targeting, including Wolves winger Pedro Neto.

TRANSFER NEWS: Diaby to Arsenal ‘one to watch’ but face same obstacle as Newcastle

Having narrowly missed out on signing Neto back in his Braga days in 2017, Arsenal could well seek to revive their interest in the Wolves winger this summer. Back then, Portuguese newspaper A Bola reported that the Gunners tabled a £13.2million offer for the youngster’s services, only to walk away from a deal after being informed Neto would only be allowed to depart his homeland if his £17.6m release clause was met.

With Wolves closing in on a £27m deal for Neto’s fellow countryman Goncalo Guedes, the West Midlands club could seek to cash in on one of their prized assets in order to offset the outlay on the Valencia midfielder. At 22 years of age and with a wealth of Premier League experience under his belt, Neto certainly fits the profile of player Arsenal have been targeting this summer. Neto himself previously told talkSPORT the Gunners were his “favourite team” growing up, adding further fuel to speculation a move to the Emirates could well be on the cards.

PSV Eindhoven winger Gakpo has been heavily linked with a move to the Premier League this summer and Arsenal have been credited as one of his many admirers. The highly-rated 23-year-old struck a whopping 21 goals and registered a further 15 assists last season as he continued his ascent towards that game’s summit.

Another up-and-coming talent who would likely fit the bill for the Gunners, Gakpo picked up where he left off in Saturday’s Eredivisie season opener, netting a brace in PSV’s 4-1 win over FC Emmen. The Dutch outfit’s manager Ruud van Nistelrooy would reportedly be ‘devastated’ to see Gakpo depart over the next few weeks, but his side’s failure to overcome Monaco and keep their Champions League qualification hopes alive this Tuesday could spark the Gunners into upping their efforts to lure the winger away from Eindhoven.