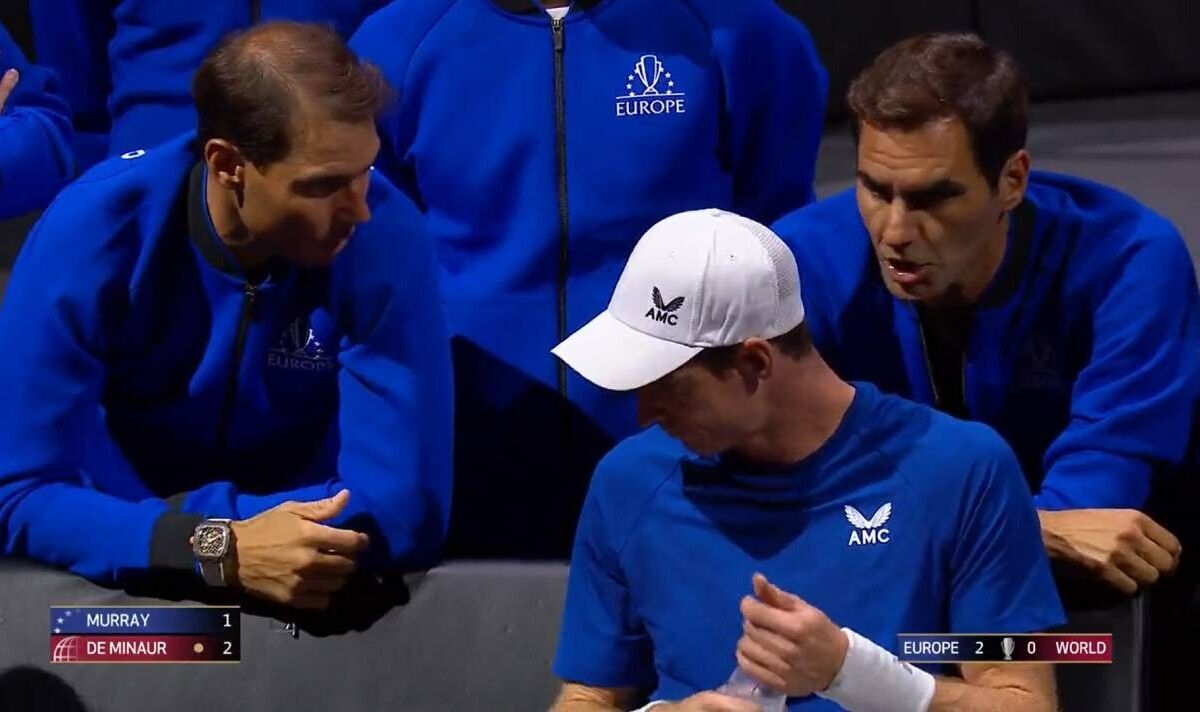 Roger Federer and Rafael Nadal have been spotted coaching fellow Big Four member Andy Murray in the Brit’s Laver Cup debut. Federer could be heard agreeing with the Spaniard’s verdict as they advised their teammate after he went a break down to Alex De Minaur early in the third match of the day.

Murray is playing his maiden match at the Laver Cup as he takes on another first-timer at the tournament in De Minaur. The world No 43 went down an early break to the Aussie and retreated to his team bench trailing 1-2.

Federer and Nadal raced to his side to give him advice, with the pair taking on the role of Murray’s coaches before joining forces for their doubles match later this evening. The Spaniard could be heard telling the three-time Major champion to play it safe at times, as the 41-year-old agreed.

“Sometimes, you know, it’s good that you don’t need to take risk in every shot,” Nadal told the Brit. Federer added: “No don’t, you really don’t.”

JUST IN: Emma Raducanu reacts to making first semi-final since US Open