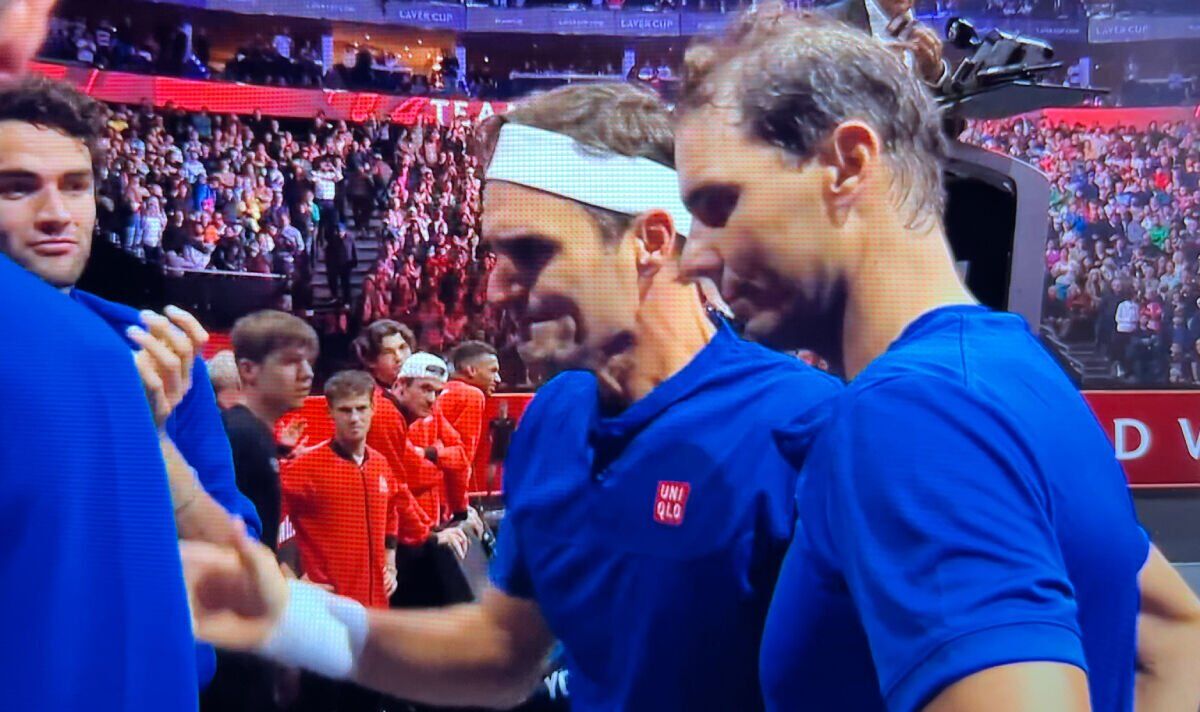 Ellie Goulding was invited for a special performance as Federer sat at his bench with his teammates, and he and Nadal cried together. The former world No 1’s family then joined him on the court as he embraced his wife Mirka and his two sets of twins, and could be seen telling them he was “happy” crying.

“Don’t cry, I’m happy, I’m not sad, it’s okay,” he told his daughters, while failing to hold back tears of his own. Federer then did one final lap of the O2 Arena, waving goodbye to his 17,500 adoring fans before Team Europe and Team World got together to hoist him into the air and celebrate his career.