Skip to content
HomeWorldAbduction of WION reporter Anas Mallick by Taliban: How world media covered it 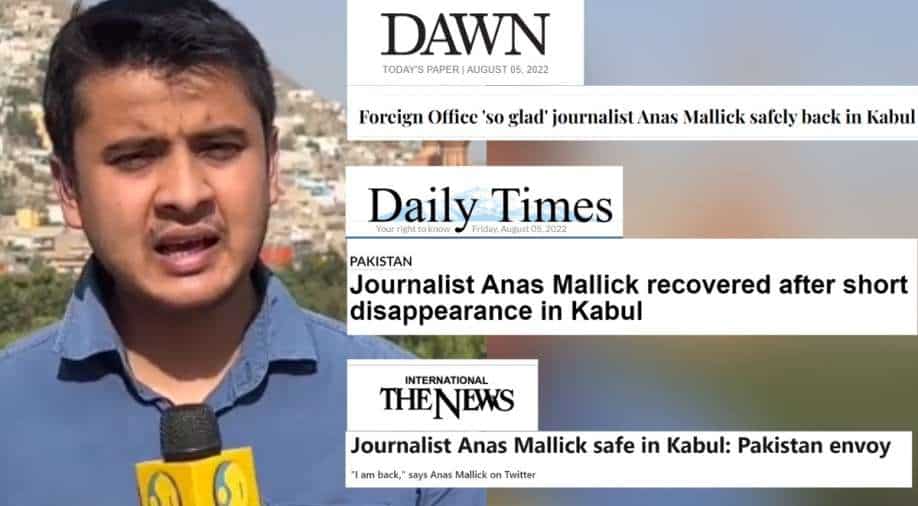 Anas Mallick, the WION correspondent who has reported extensively from Pakistan, Afghanistan and beyond, had gone missing in Afghanistan. He was picked up by the ruling Taliban in Kabul and beaten up mercilessly. WION worked with relevant authorities to secure his release. The ordeal for him lasted for nearly 24 hours.

News outlets in India as well as abroad took note of Mallick’s disappearance. Here’s a snapshot of the coverage.

“Fellow journalist Mona Khan was one of the first persons to share the news of Mallick’s disappearance Thursday night, in a tweet. She mentioned that his phones were not reachable and no information about him was available with the Pakistan embassy in Kabul, which had begun conducting preliminary inquiries with the Taliban government,” reported the Print, an Indian news outlet.

“The Foreign Office on Friday said that it was “so glad” that Pakistani journalist Anas Mallick was “safely back in Kabul” after he reportedly went missing in the Afghan capital a day earlier,” reported The Dawn, a Pakistani news outlet.

After being released, Anas Mallick recalled his ordeal, what he went through when he was in the custody of Taliban.

“I arrived in Kabul the day before, on the 3rd of August, to cover the one year anniversary (the Taliban takeover of Kabul) and how Afghanistan is now. Coincidentally, the killing of Al-Qaeda chief Ayman al-Zawahiri also happened,” he said.

Mallick had all the accreditation and credentials required to report from Kabul. Even then, he was dragged out of car by the Taliban and his phone was taken away. Things took a serious turn as he and his crew were beaten up mercilessly.

Things became serious as he was handcuffed, blindfolded and interrogated by the Taliban.

WION alerted concerned authorities and was in touch with Pakistan government officials also. Mallick was released in the morning of August 5.