Alina Fernández, the daughter of long-time Cuban dictator Fidel Castro, has defended the choice of non-Latino James Franco to play her father in an upcoming move about her life.

Franco, who is Jewish, physically resembles Castro and has the acting ability for the part, Fernández told Deadline in a Saturday report.

“James Franco has an obvious physical resemblance with Fidel Castro, besides his skills and charisma,” Fernández said.

As for the rest of the cast of “Alina of Cuba,” Fernández said she is proud that “the project is almost entirely Latino, both in front and behind the camera.”

Leguizamo asked Friday on social media: “How is this still going on?”

“How is Hollywood excluding us but stealing our narratives as well? No more appropriation Hollywood and streamers! Boycott! This F’d up! Plus seriously difficult story to tell without aggrandizement which would b wrong! I don’t got a prob with Franco but he ain’t Latino!” Leguizamo said. 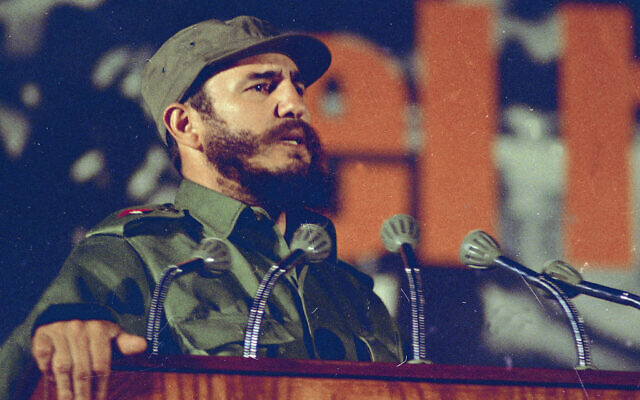 The film’s producer John Martinez O’Felan responded to Leguizamo in a statement, saying that “his odd comments, if you base them on genealogy, are a blind attack and lack any factual substance.”

O’Felan pointed out that “to be ‘Latin’ means of Hispanic, Portuguese, Italian or Latin American heritage and roots, all of the branches of the root of being ‘Latin.’”

“His comments represent the confusion and identity crisis in Hollywood right now within the Hispanic community in America who claim to only identify as Latin,” he said.

Franco’s mother Betsy Lou is Jewish of Russian descent, while his father Douglas Eugene Franco is of Portuguese ancestry. 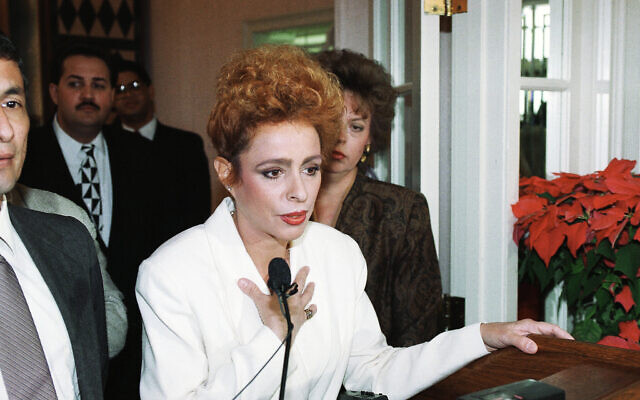 Alina Fernandez Revuelta, daughter of Cuban President Fidel Castro, speaks to members of the media during a news conference at the home of Elena Amos in Columbus, Georgia, December 23, 1993. (Ric Feld/AP/File)

Fernández herself will be played in the film by Ana Villafañe, Deadline reported.

Her mother, Natalia “Naty” Revuelta, a Cuban-born socialite, had an affair with Castro, and gave birth to Fernández.

She only found out who her father really was when she was 10, and later became one of his most outspoken critics. She was classified as a dissident and forbidden to leave the country, being arrested for attempting to do so. Fernández eventually defected to Spain in 1993, and from there, moved to Miami, where she has lived ever since.

Castro died in 2016, after ruling Cuba for decades.