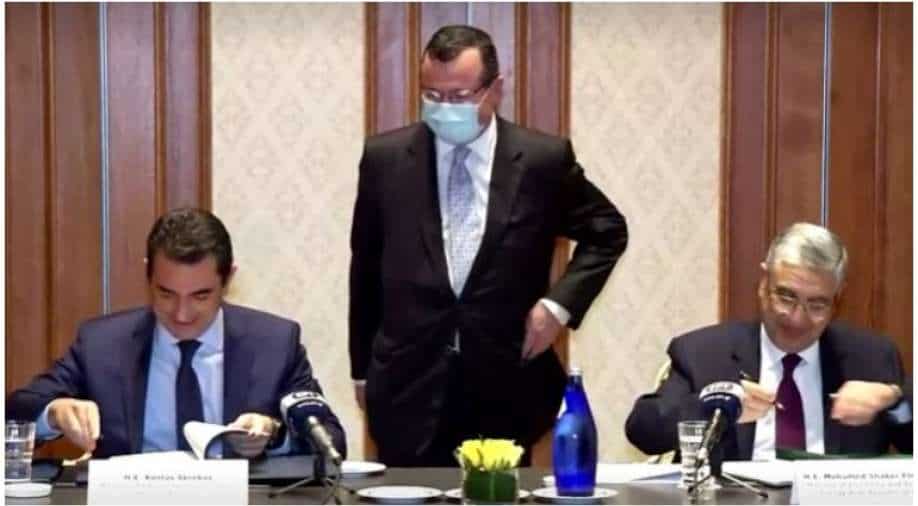 Greece and Egypt on Thursday (October 14) signed memorandum of understanding for a project that will see an undersea cable that will transmit power produced by renewables from North Africa to Europe. This is first such infrastructure in the Mediterranean.

The MoU was signed by Greek Energy Minister Kostas Skrekas and his Egyptian counterpart, Mohamed Shaker. The ceremony was held in Athens.

“Such an infrastructure, the first of its kind in the eastern Mediterranean, will enhance regional market integration between Greece and Egypt, between Europe and North Africa, allowing all parties to expand the participation of renewables in their respective generation mix thereby effectively combating the effects of climate change,” said Skrekas.

“The electrical connection which we are considering today has many benefits to meet the country electricity needs including securing and stabilizing the electrical system for both countries, reducing reserve margins to cope with emergencies, and diversification of electrical energy sources,” said Shaker.

The deal has come as Greece, Cyprus and Israel plan to build the Euro-Asia Interconnector, the world’s longest and deepest underwater power cable crossing the Mediterranean. The estimated cost of this is about USD 900 million.

The Greek-Egyptian memorandum establishes a high-level working group of senior officials, representatives of the power grid operators and energy regulators.

The group will examine means and financing for the implementation of the project and facilitate the timely granting of permits and approvals, necessary the feasibility studies, Skrekas said.

As part of the project, Cyprus is due to sign a similar agreement with Egypt on Saturday.

The agreement further strengthens ties between Greece and Egypt, which last year signed an accord on their maritime boundaries, giving them rights over natural resources.