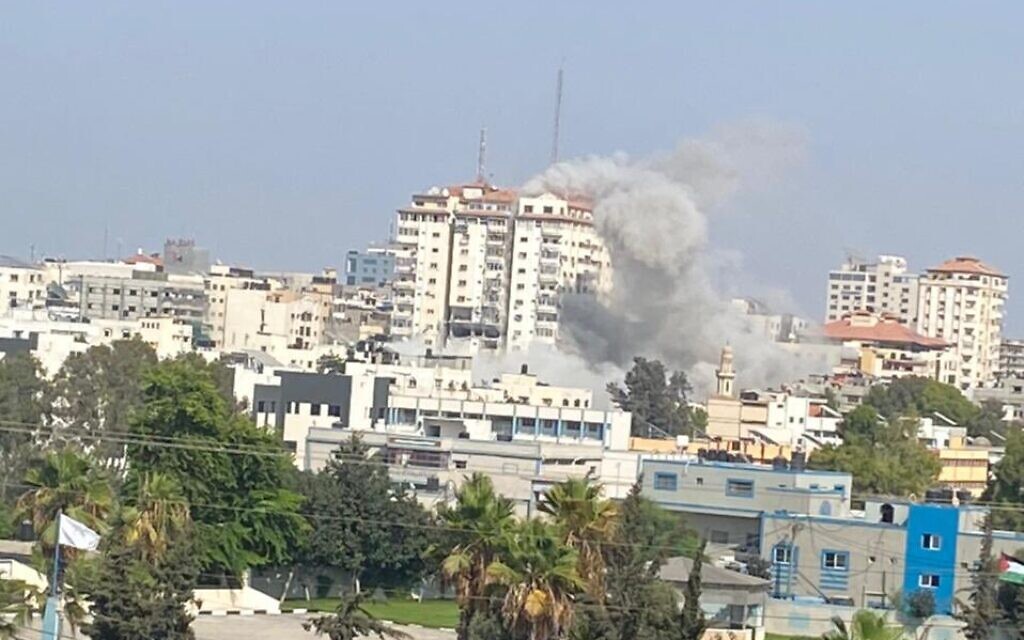 “The Israeli government will not allow terrorist organizations to set the agenda in towns near the Gaza Strip and threaten the citizens of Israel,” Lapid says.

“Anyone who seeks to harm Israel must know that we will get to them. Security forces will act against Islamic Jihad terrorists, to remove the threat from the citizens of Israel,” he adds.

The pair will hold another assessment at the IDF’s headquarters in Tel Aviv at 6:30 p.m., Lapid’s office says.