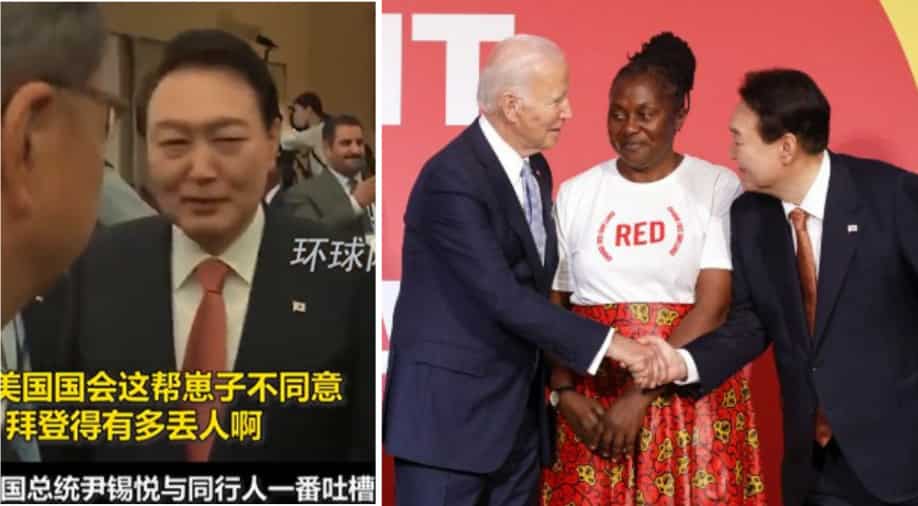 South Korean President Yoon Suk-yeol was overheard insulting lawmakers of the United States. The incident, which was caught on a microphone, happened on Wednesday when the South Korean leader was leaving a brief chat with US President Joe Biden at a Global Fund event where Biden had just pledged $6 billion.

Yoon is in New York for the United Nations General Assembly (UNGA), which is underway in New York.

In a broadcast on South Korean television, Yoon was heard telling his Foreign Minster Park Jin in New York, “What an embarrassment for Biden, if these idiots refuse to grant it in Congress.”

The small clip of Yoon’s comments went viral on social media platforms. It was uploaded on YouTube and garnered over two million views just hours after it was posted. “The president’s words and actions are the national dignity of the country,” one YouTube commenter wrote.

South Korea’s President Yoon Suk-yeol in New York: “How could Biden not lose damn face if these f***ers do not pass it in Congress?” 🍉 pic.twitter.com/veVXYVSWvi

It appears Yoon has landed himself in trouble as the opposition South Korean lawmakers saw his comments as damaging to the country’s image.

On the other hand, Bloomberg reported that a senior South Korean presidential office official said that Yoon’s remarks were unofficial and unverified.

Yoon’s crude comments appear to refer to Biden’s drive to increase US funding to the Global Fund, which would require congressional approval.

The United States is South Korea’s key security ally, with Washington stationing about 27,000 troops in the country to help counter nuclear-armed North Korea.