The Israeli Air Force returned its advanced F-35 stealth jets to full service on Sunday, after examining the fleet for a problem with its ejector seats, which was discovered by the US more than a week ago.

The Israel Defense Forces on Monday said the issue was not found in any of the 33 jets, and they had been returned to full service.

On July 30, the IAF grounded the F-35i “Adir” fleet for training flights, while it evaluated the issue. F-35 operational activity continued during the evaluation, on a case-by-case basis, approved by IAF chief Tomer Bar.

The IDF said the fleet participated in airstrikes against the Palestinian Islamic Jihad during the recent round of fighting in the Gaza Strip.

“The fleet is engaged in all of the Air Force’s tasks, defense and offense, to maintain quiet and security for the residents of the south,” said Cpt. “Ayin,” a pilot who can only be identified by the Hebrew initial of his first name.

The US Air Force on July 29 said it was temporarily grounding its F-35 fleet over a problem with the cartridges used to blast out the ejector seats in the event of an emergency.

Air Force Times reported that the US first discovered the problem in April, but waited three months to ground the plane while the issue was investigated. 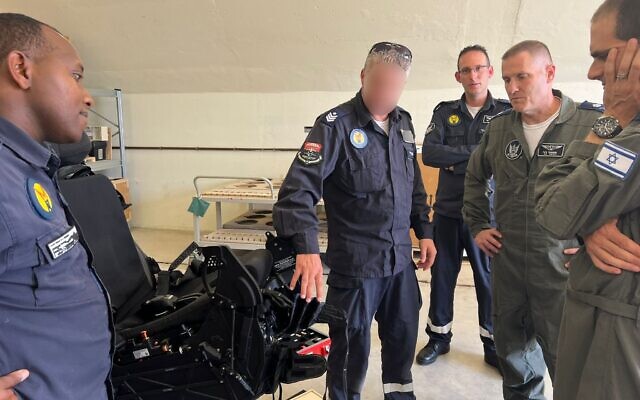 Seat manufacturer Martin-Baker said the problem was “traced back to a gap in the manufacturing process, which was addressed and changed.”

The defective part was loose and missing the magnesium powder used to ignite the propellant that shoots a pilot to safety, Martin-Baker spokesman Steve Roberts told Air Force Times.

The report said that since the problem was first discovered, the US had tested 2,700 F-35 ejection seat cartridges and found three failures.

Individual US jets will return to service after passing inspection.

The fifth-generation F-35 has been lauded as a “game-changer” by the military, not only for its offensive and stealth capabilities, but for its ability to connect its systems with other aircraft and form an information-sharing network.

Israel has agreed to purchase at least 50 F-35 fighter jets from the US defense contractor Lockheed Martin. So far, 33 aircraft have been delivered, and the remaining planes are slated to arrive in batches of twos and threes until 2024.