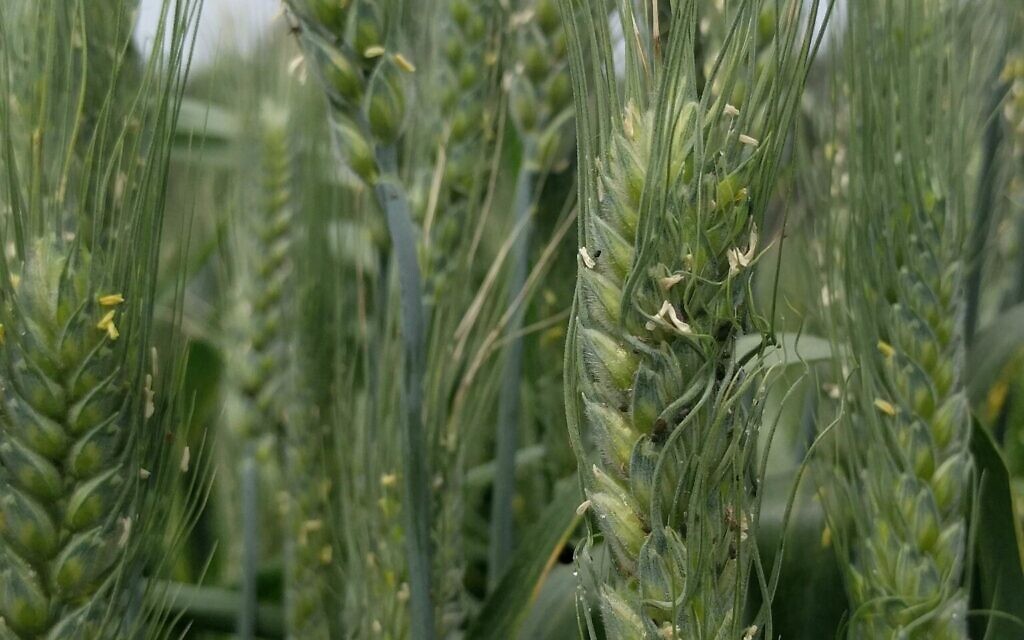 Wild wheat, one of the first grains to be domesticated in the Near East, has at least two mechanisms for defense against pests that could be bred back into cultivated wheat varieties, new Israeli research suggests.

Emmer wheat, the wild ancestor of both durum (pasta) and bread wheat, has a coating of hairs that prevents insects from burrowing in the stalk, according to Prof. Vered Tzin of the Jacob Blaustein Institutes for Desert Research at Ben-Gurion University of the Negev in southern Israel.

It also produces a poison — a phytochemical called benzoxazinoid — that discourages bugs from trying to take a bite.

PhD student Zhaniya Batyrshina, from Tzin’s lab, is the first to have isolated the gene that controls the production of this poison.

“Now that we know which gene controls its production, we can generate improved cultivated wheat with the same self-defense capabilities,” explained Tzin.

Aphids present one of the most serious threats to wheat, which provides 20 percent of the world’s calorie and human protein intake.

The insects suck out its nutrients and introduce deadly plant viruses.

Climate change is encouraging the spread of pests around the world.

“It is of the utmost importance to rigorously explore natural plant defense mechanisms and traits, which we could breed back into cultivated wheat to protect them against insects, instead of using harmful pesticides, which do not even work that well,” Tzin said.

The findings were published in the peer-reviewed Journal of Experimental Botany and Frontiers in Plant Science.