The Likud party’s internal tribunal ruled on Monday that a controversial candidate can run in coming primaries, reversing a decision last week by the Likud election committee that had banned David Laniado over past court convictions.

In the wake of the decision, party leader Benjamin Netanyahu instructed the Likud legal adviser to appeal the matter to the Tel Aviv District Court.

Laniado is vying to represent the Tel Aviv district on the 38th spot of Likud’s slate. But last week, the election committee disqualified him because he had failed to report a criminal offense from over 10 years ago.

Though it had been known he was convicted under a plea bargain of a series of burglaries, Hebrew media reports then uncovered a further offense of breaking into a woman’s home and assaulting her.

Determined to continue his run, Laniado appealed to the Likud internal court, which ruled that he can participate in the primaries because there are legal difficulties in banning a candidate over crimes that are covered by the statute of limitations.

However, the Likud panel called on Laniado “to examine and consider the consequences of his candidacy, in light of his statement to us that if he is convinced that his candidacy harms the good of the movement, he will do the right thing on his own initiative.” 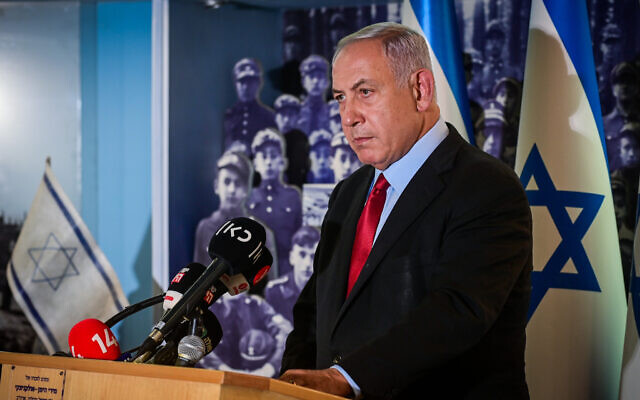 In 2010, Laniado, who was under house arrest following a complaint filed by a woman, reportedly left his home, contrary to his release terms, arrived at the woman’s house and attacked her, as well as the police officer who arrived to arrest him, Channel 12 news reported last week.

Laniado was eventually sentenced to four months in prison and a further six months of probation in 2011 for the various burglaries.

He has claimed he is the victim of a smear campaign by his rivals.

The woman who Laniado was convicted of assaulting also responded to his disqualification, denying that any violence took place between them and that the two were now “best friends.”

Laniado also received support from Likud MK David Bitan, who called him a “real Likudnik” and said he had the potential to be an “excellent” lawmaker, despite his criminal past.

“So this happened 11 years ago, it’s not something that happened half a year ago or a year ago, you understand me?” Bitan told Channel 12 in July.

According to the Walla news site, party chair Netanyahu, who is the opposition leader, has led the process to bar Laniado from candidacy.

Netanyahu tried to convince both his spokesperson, Yonatan Urich, and former Israel Hayom editor-in-chief Boaz Bismuth to compete against Laniado for the Tel Aviv slot.

But Urich ended up withdrawing his candidacy, while Bismuth preferred to run on the party’s national list.

Likud reserves the 38th place on its Knesset election slate for the winner of local Tel Aviv District primary elections, held the same day as the party’s national primaries, which are scheduled for Wednesday. Current lawmakers cannot run in the district primaries.

Recent polls have predicted that Likud will win 33-35 seats in the coming November national elections for the Knesset. If the party is then part of the government, newly appointed ministers are likely to resign from the Knesset, meaning that the 38th spot has a decent shot of making it into the parliament.

Laniado is not the first Likud primaries candidate to come under fire for his criminal past.

In July, Hebrew media reported that Yonatan Jorno, who declared he was vying for the 29th spot on the Likud slate, was charged and convicted of kidnapping a Filipino worker in 2001.