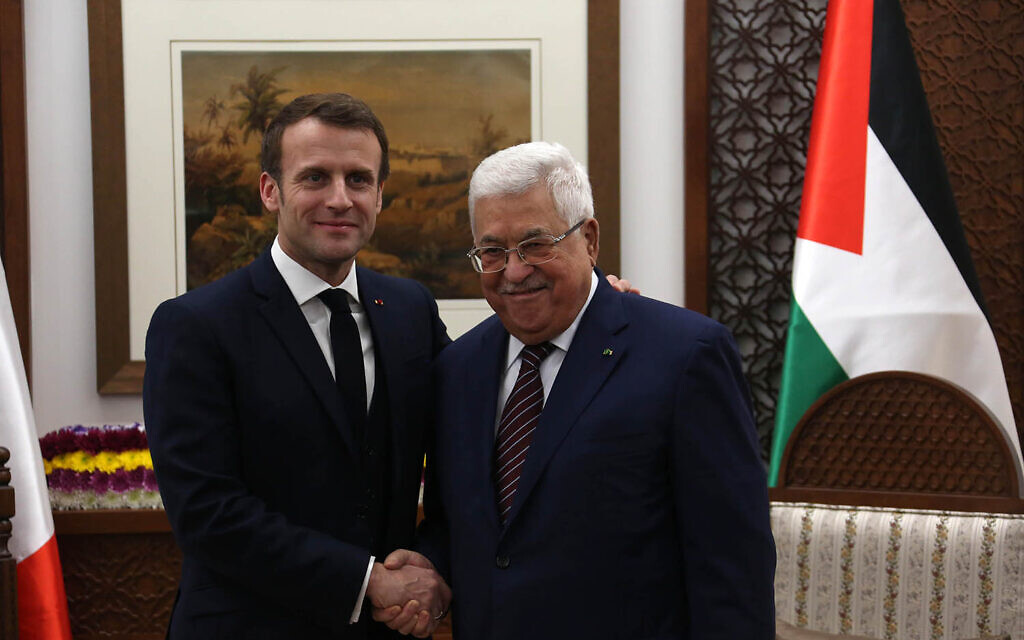 Abbas, who is due to meet Macron on July 20, will also discuss “putting pressure on Israel to provide the appropriate atmosphere for holding the Palestinian elections, specifically in the city of Jerusalem,” a statement read.

Direct peace talks between Israel and the Palestinians have not been held since 2014.

Palestinian elections scheduled for last year were canceled, with Abbas citing Israel’s refusal to allow them to take place in Israeli-annexed East Jerusalem, though it was widely seen as an effort to prevent the Hamas terror group from making expected gains.

Last week, Israel’s new Prime Minister Yair Lapid headed to Paris for his first foreign trip as leader to meet Macron, who said there was “no alternative to a resumption of political dialogue between the Israelis and the Palestinians.”

Abbas is scheduled to meet with US President Joe Biden on Friday in Bethlehem in the West Bank.

Last month Macron spoke with Abbas on the phone. He “deplored the continuation of the [Israeli] settlement policy and reminded Abbas of France’s unwavering commitment to respect the legitimate rights of the Palestinians,” according to a statement from his office.

Meanwhile, Abbas urged France and the international community to pressure Israel to halt settlement construction and end the evictions of Palestinians in East Jerusalem neighborhoods, according to the official Palestinian WAFA news agency.