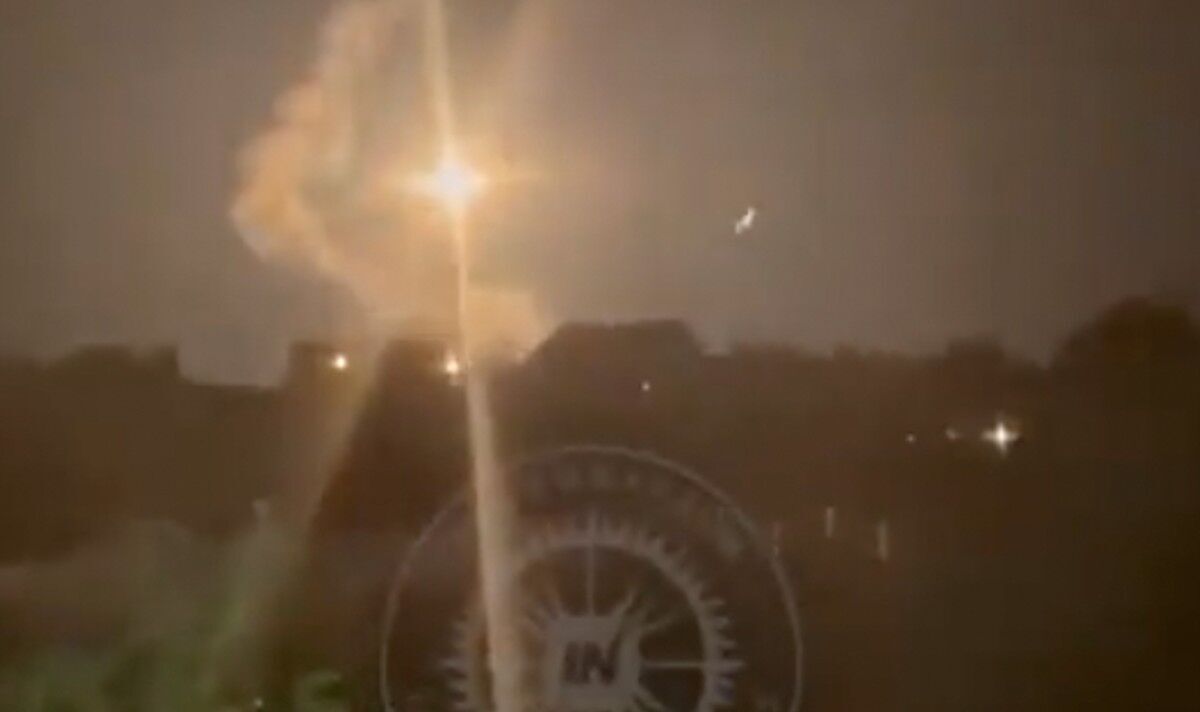 Iskanders are part of the Russian army’s arsenal of short-range ballistic missiles, which have been deployed to deadly effect in the war in Ukraine. The fearsome weapons have a range of between 400-500km and can carry conventional and nuclear warheads up to 700kg. Moscow has stationed several Iskander-M mobile missile systems in the Belgorod region of Russia, which borders Ukraine.

However, in recent days and weeks the Russian army has suffered a series of catastrophic launch failures, raising more questions about Moscow’s ability to maintain and service its advanced weapons systems.

In one video posted by social media user InformNapalm at the end of June, an Iskander is filmed soaring into the night’s sky.

The ballistic missile then spectacularly explodes, before breaking up into various pieces and falling back down to earth.

The eyewitness who filmed the scene can be heard saying: “That’s interesting. It’s going down – F*** it!”

Belgorod residents filmed another launch that also ended in embarrassing failure for the Russian army.

The video was posted on Twitter on Thursday by Viktor Kovalenko, a former Ukrainian army officer.

Images show an Iskander once again heading into the night’s sky, before disintegrating within seconds of its launch.

Mr Kovalenko wrote: “The Russian missiles are refusing to fly.

Rumours have been circulating that Russia has been forced to use the less reliable North Korean KN-23 missiles instead of Iskanders, as a result of low stocks.

The KN-23 was developed with Russia and China’s assistance and initially revealed during a military parade in North Korea in 2018.

It has become the weapon of choice for the Kremlin when making threats against Europe.

Russian Defence Minister Anatoly Serdyukov said in 2012 that the Iskander could be used to target missile defence systems in the West.

In May this year, Moscow carried out war games in the Russian enclave of Kaliningrad, which borders with Lithuania and Poland.

The units involved also practiced “actions in conditions of radiation and chemical contamination.”