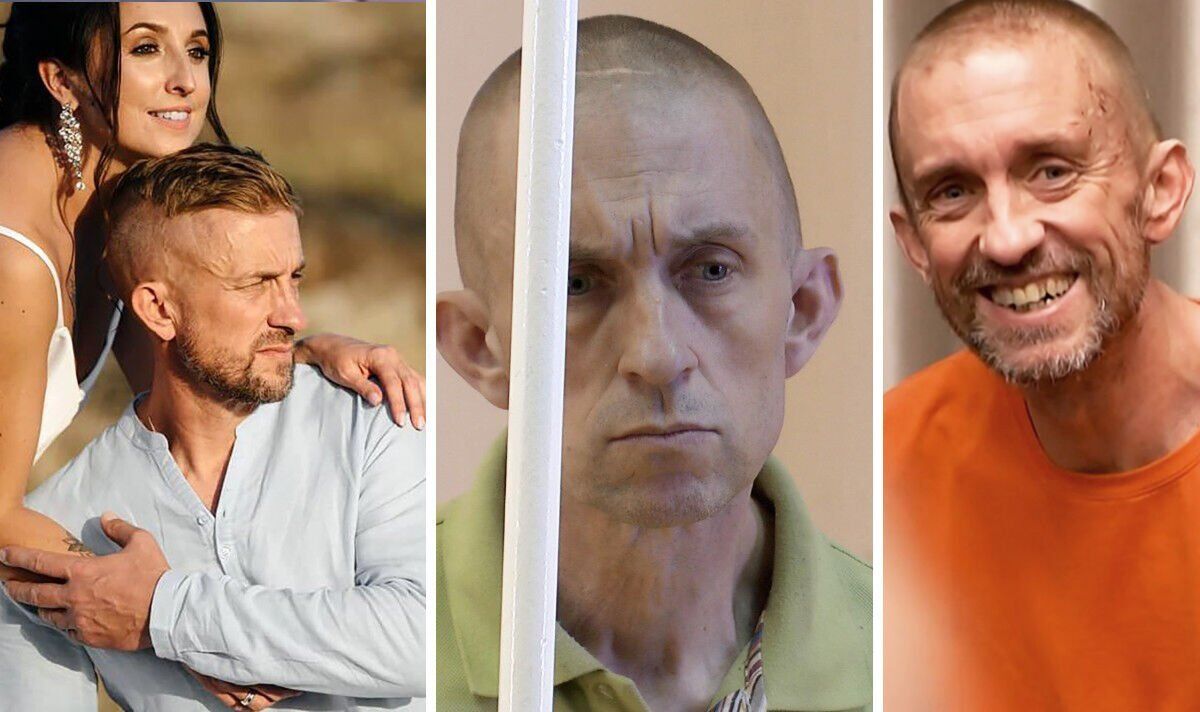 Newly released pictures show the horrifying impact of Russian prison on a Briton who has been freed after spending five months in jail. Shaun Pinner, 48, from Bedfordshire, was captured in April while defending the city of Mariupol alongside Russian forces. The photos show the devastating toll his time in prison has taken on him, as his face appears gaunt following months under Russian lock and key.

Britons Aiden Aslin and John Harding were released alongside Mr Pinner, as well as two UK citizens whose identities remain unknown. Mr Aslin and Mr Pinner had been sentenced to death by a court in the self-proclaimed Donetsk People’s Republic (DPR).

The UK Government has not confirmed details about any of the British nationals or the process that led to their release. The new photos depict the detainees as they arrive off a plane in Riyadh, Saudi Arabia, accompanied by a group of Saudi officials.

They have been seen by the friends and family of the Brits, who earlier feared that they would be killed.

The freedom of the British nationals and Ukrainian soldiers came following meditation by Saudi Crown Prince Mohammed bin Salman. In return, Ukraine handed over 55 Russian soldiers, as well as the pro-Kremlin Ukrainian politician and oligarch Victor Medvechuk, who was facing charges of treason.

Among the 215 Ukrainian soldiers released were commanders of the Azov regiment, which defended Mariupol from within its steelworks for months on end. In a video recorded from the plane on the way back to the UK, Mr Pinner said they had escaped “by the skin of our teeth”.

Mr Aslin added they were “now out of the danger zone and on our way home to our families”.

The Prime Minister said: “Russia must end the ruthless exploitation of prisoners of war and civilian detainees for political ends.”

In a statement, Foreign Secretary James Cleverly said that prisoners of war from other countries held by Russia-backed proxies have also been returned. Mr Cleverly said his “thoughts remain with the family of Paul Urey”, who died earlier this year while being detained by Russian-backed separatists in Ukraine.

Earlier in the war, Russian defence ministry spokesman Igor Konashenkov had warned “none of the mercenaries the West is sending to Ukraine to fight” would be considered “combatants in accordance with international humanitarian law or enjoy the status of prisoners of war”.

Allan Hogarth, from Amnesty International UK, called it a “huge relief” after a “sham judicial process apparently designed to exert diplomatic pressure on the UK”. He added: “The Donetsk authorities and their counterparts in Russia are still believed to be unlawfully holding thousands of other detainees amid horrifying reports of torture, and we call on them to immediately release all such detainees.”