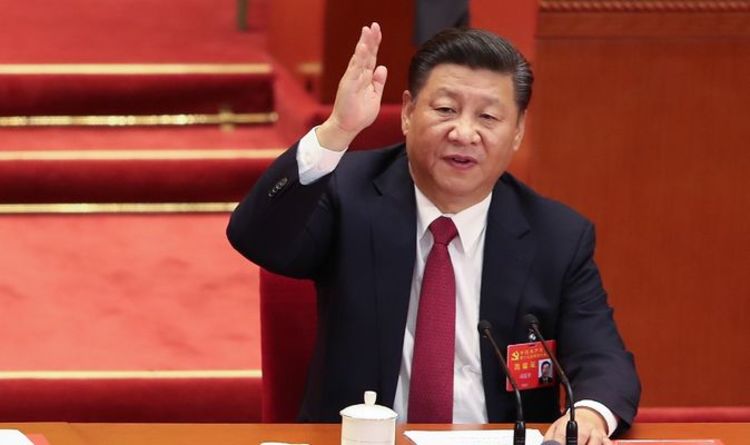 Xi Jinping may choose to escalate the conflict with Taiwan in order to shore up China‘s communist regime amid internal instability, Sky News Australia host Catherine McGregor has warned. Ms McGregor believes the Chinese regime would suffer “horrific casualties” in any military invasion of the Western-allied island. She added that the Chinese Communist Party would risk a popular revolt over heavy losses in a future conflict with Taiwan.

Ms McGregor told Sky News Australia: “They are spending enormous amounts of their money on surveillance and intrusive surveillance of their population.

“This is a sign of a regime bent on survival and does feel threatened internally.

“That could make them more rash rather than less rash, that is the worry.

“Because there has been a large element in Xi’s behavior of using external foes, imagined and real to consolidate regime survival.”

JUST IN: China war drums pound on with military drills

The China analyst continued: “The other thing that they have to contemplate in a cross-straits operation is the Taiwanese no precisely what beaches they have to cross.

“They have been practicing defending them for 40 years.

“They will inflict horrific casualties on the PLA no matter what leads into it.

“The fact is with a nation that has had a one-child policy privileging sons you start sending those single sons of families home in body bags and lets see what happens internally.”

Ms McGregor added: “I think there is a lot of risks for them.”

It comes as Defence Minister Chiu Kuo-cheng said on Thursday that Taiwan will not start a war with China but will defend itself “full-on”, amid a spike in tensions across the Taiwan Strait that has raised concern internationally.

“What is clearest is that the Republic of China absolutely will not start or set off a war, but if there are movements we will meet the enemy full on,” Chiu told a parliament committee meeting, using Taiwan’s official name.

Military tensions with China, which claims Taiwan as its own territory, are at their worst in more than 40 years, Chiu said last week.

He added that China will be capable of mounting a “full-scale” invasion by 2025.

He was speaking after China mounted four consecutive days of mass air force incursions into Taiwan’s air defence identification zone that began on Oct. 1, part of a pattern of what Taipei views as stepped-up military harassment by Beijing.

No shots have been fired and China’s aircraft have stayed well away from Taiwan’s airspace, concentrating their activity in the southwestern corner of Taiwan’s air defence zone.

The ministry, in a report to parliament ahead of Chiu’s appearance before lawmakers, warned China of strong countermeasures if its forces got too close to the island.