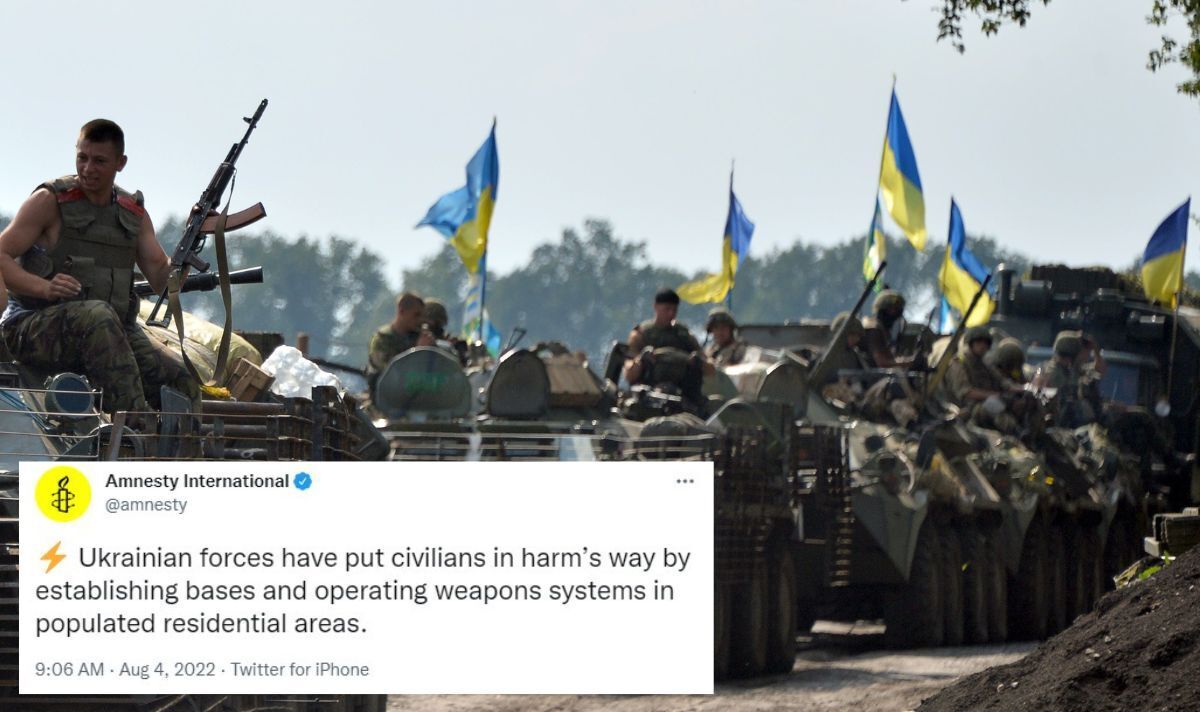 The press release, which was published on Thursday, said that Ukraine had “violated international humanitarian law”. It added Ukraine’s military forces had been “launching strikes from within populated residential areas” and using “hospitals for military purposes”.

It also said they had been setting up bases “in schools in towns and villages in Donbas and in the Mykolaiv area”, and failing “to take feasible precautions to protect civilians.”

Amnesty International is a non-governmental organisation “focused on human rights” which is based in the UK.

Writing for Spiked, Tim Black slammed the organisation for their comments, saying they were “victim blaming”.

He added: “Amnesty really shouldn’t need telling, but it was Russia that actually invaded Ukraine.

“Its armed forces have subjected Ukrainian towns and cities, especially in the eastern Donbas region and southern port towns, to near constant aerial bombardment for months.

“To claim, as Amnesty has now done, that Ukraine has turned civilians into military targets is to ignore the fact that Russia already did that when it started shelling and firing missiles at them.

“The Ukrainian army is not attempting to use Ukrainians as human shields.

Some are now calling for their “donations” to be “cancelled” as their post received hundreds of angered responses.

One supporter said they were “going to withdraw” their membership from Amnesty.

User @freeukraine91 wrote: “I think you should change your tweet to say, ‘Russian forces have put Ukrainian civilians in harm’s way by being the actual source of harm against them, due to Vladimir Putin’s failed invasion.’

“You don’t even have to make a thread. That fits on one tweet and tells the truth.”

Amnesty International made a series of tweets on August 4 condemning the Ukraine military for their actions during the war.

An Amnesty International UK spokesperson said: “We stand firmly by our findings that the Ukrainian military have in some cases endangered Ukrainian civilians by establishing bases and operating weapons systems in populated residential areas, while – of course – we’ve also spent months documenting numerous indiscriminate attacks and likely war crimes by Russian forces during their illegal invasion of Ukraine.

“These findings are similar to earlier ones by the Office of the High Commissioner for Human Rights and by other human rights organisations.

“We will not be commenting on specific statements from other parts of Amnesty International, but it’s important to note that this research was conducted in exactly the same way as all of our human rights research – with extensive due diligence, internal discussion and rigorous fact-checking.”