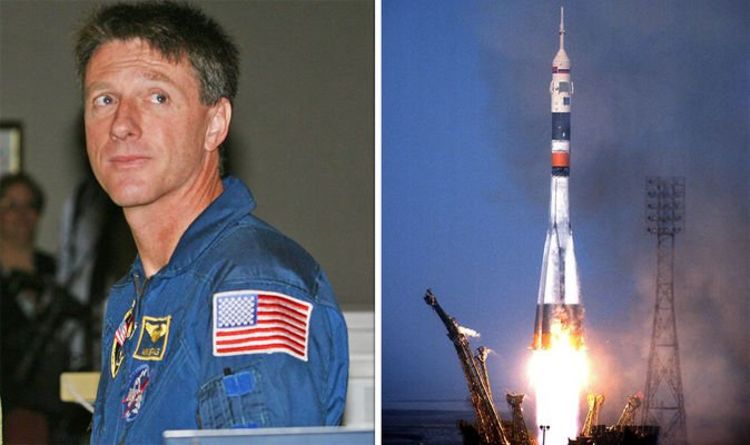 For decades, America and the Soviet Union were locked in a bitter battle to rule the skies above Earth. As Cold War tensions between the two powers rumbled on, the space race dominated the second half of the Twentieth Century. The Soviets were lightyears ahead of the US in the early days of their fiercely competitive, propaganda-driven relationship. In 1957, they launched Sputnik 1, the first manmade satellite to orbit Earth, following up their success four years later as Yuri Gagarin became the first man in space.

However, the Americans hit back, most notably with the Moon landing in 1969 as Neil Armstrong and Buzz Aldrin became the first humans to walk on the lunar surface.

Through the moon landing, the US took a major lead in the space race, with the Soviets failing several times to match the historic achievement.

However, amid the turmoil, the US struck a landmark agreement with Russia to fund its faltering space programme.

Details of the agreement were laid bare in the 2014 BBC Four documentary, ‘Cosmonauts: How Russia Won the Space Race’.

JUST IN: Police in major raids on 100 apartments after doctor hands out fake vaccine certificates

The feature-length film, voiced by the actor Paul McGann, explains how the US was worried about the potential threats posed by North Korea and Iran as the Russian Space Program ran out of cash.

The narrator said: “It was so short of funding that its very existence was threatened.

“It was a prospect that terrified the Americans.

“Their worst fear was that it would leave an army of rocket engineers jobless, and they would go to work for Iran or North Korea.

“So instead, the American government offered to go into partnership with the Russians.”

Mr Foale, who retired from NASA in 2013, claimed some of his colleagues were opposed to the Russia-US partnership.

He said: “To be really honest, I don’t think the Americans were really keen to be involved in Mir.

“They were told to be involved by the White House.

“I look back on it and it was a very positive thing, but I had to be told.

“The general feeling amongst American engineers was, ‘Why is the money going to Russia? It should come to our company so that we can build the space station on our own. We don’t need the Russians.’”

Clips from ‘Cosmonauts: How Russia Won the Space Race’ are available on the BBC Four website.