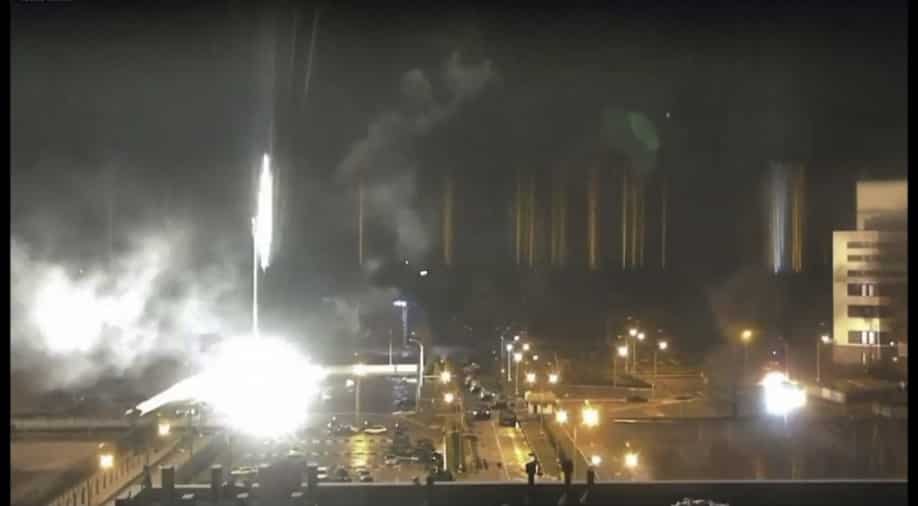 Both Ukraine and Russia traded blame for the deadly attack on the Zaporizhzhia nuclear power plant on Friday.

Energoatom, Ukraine’s state-run operator of the country’s nuclear power plants, said in a statement, “Three strikes were recorded on the site of the plant, near one of the power blocks where the nuclear reactor is located.”

It added that “There are risks of hydrogen leakage and radioactive spraying. The fire danger is high.”

According to the Russian defence ministry, “Ukrainian armed units carried out three artillery strikes on the territory of the Zaporizhzhia nuclear power plant and the city of Energodar.”

“We are urging international organisations to condemn the criminal actions of the Zelensky regime, which is carrying out acts of nuclear terrorism.”

”Moscow is using the plant as a military base to fire at Ukrainians, knowing that they can’t and won’t shoot back because they might accidentally strike a nuclear… reactor or highly radioactive waste in storage,” according to US Secretary of State Antony Blinken.

International Atomic Energy Agency (IAEA) head Rafael Grossi told Swiss paper Tages-Anzeiger that contact with the plant was “fragile” and communications did not function every day.

Following Russia’s invasion of Ukraine, Moscow’s troops took control of the power plant in March and residents living near it fear another Chornobyl disaster if the fighting gets too close.

Disclaimer: A number of claims and counterclaims are being made on the Ukraine-Russia conflict on the ground and online. While WION takes utmost care to accurately report this developing news story, we cannot independently verify the authenticity of all statements, photos and videos.