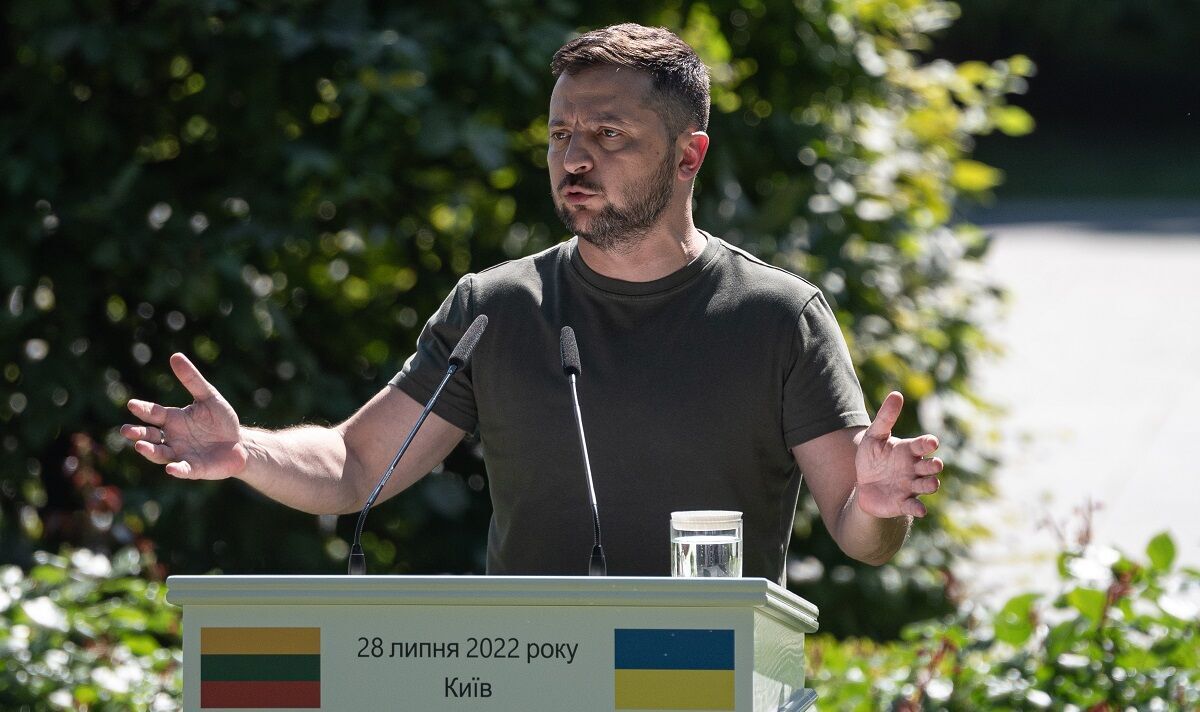 The Ukraine President said the Kremlin’s killers at the Zapori­zhzhia site are attempting to threaten the West with a nuclear catastrophe. He warned that Moscow is trying to “blackmail our state and the entire free world”.

Ukraine’s military, controlling the towns and cities on one bank of the Dnipro River, has come under intense bombardment from the Russian-held south side.

Mr Zelensky said: “Every Russian soldier who either shoots at the plant or shoots using the plant as cover, must understand that he becomes a special target for our intelligence agents, for our special services, for our army.”

He said Vladimir Putin’s troops had engaged in “constant provocations” by firing on the plant and said his forces had used it as a base to shell the cities of Nikopol and Marhanets. But the leader stressed that “Russian blackmail only mobilises even more global efforts to confront terror”.

Ukrainian adviser Mykhailo Podolyak accused Russia of “hitting the part of the nuclear power plant where the energy that powers the south of Ukraine is generated”.

He added: “The goal is to disconnect us from the plant and blame the Ukrainian army for this.”

The International Atomic Energy Agency has warned of a nuclear disaster unless the fighting stops.

Kyiv has vowed to retake the south of the country, including the major city of Kherson.

The Ukrainian military has used Western artillery systems to destroy key bridges linking Russian reinforcements with forces on the frontline.

And it has accused Russia of parking a Pion self-propelled heavy artillery piece outside a nearby town and painting a Ukrainian flag on it.

Mr Zelensky insisted: “The invaders did not capture anything without the resistance of our heroes and will not be able to retain anything. We will liberate everything.”